According to information conveyed on the public online websites recently, it is very likely that the two latest versions of the Vios and Camry line of wine box cars will appear on the market in the near future.

As information collected by the self-driving car rental in Da Nang of Đại Gia Định company, it shows that two versions of Vios and Camry of Toyota's latest development model have been granted an industrial design patent, estimated to be is released to users in tomorrow.

Specifically, according to the recent public announcement on industrial property rights of the National Office of Intellectual Property, the designs of some versions of Toyota Yaris, Vios and Camry have been registered exclusively in Vietnam. The preliminary design of these cars is quite familiar and is seen as an update in 2021. 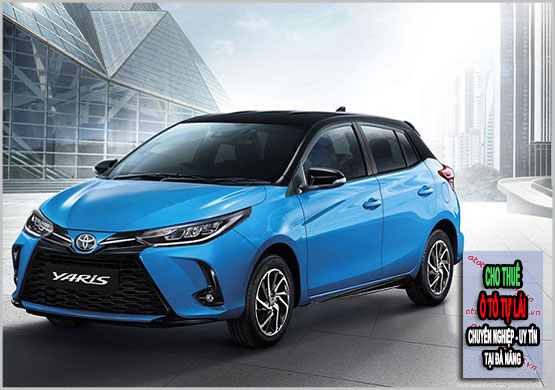 In particular, the new sedan design has been exclusively licensed by Toyota, thereby it can be seen that this is the Yaris model introduced by the Japanese automaker in Vietnam in October 2020 through external design. more prominent.

However, the same details appear at the front of the car such as the cubic grille extending to the bottom, the headlights, the fog lights to the floating veins on the hood. The sides of the body and back are also printed with ribs and the arrangement of familiar parts.

This new version of the Toyota Yaris is updated with a sportier exterior design and more advanced safety and comfort equipment. Meanwhile, the car remains the same 2NR-FE 1.5L 4-cylinder petrol engine for a maximum capacity of 107 hp and a maximum torque of 140 Nm, accompanied by a CVT automatic transmission.

In addition, there are still 2 other registered cars of Toyota that have not been launched in Vietnam. Including an exclusive subscription form is expected most likely the new Vios.

Accordingly, this model owns a design quite similar to the recently launched Yaris in Vietnam, with the grille extending from top to bottom, the headlights and fog lights sharp. The body and tail are shaped like it is now. Basically, the design of the new Vios is sportier, more dynamic and very similar to the versions recently introduced in many Southeast Asian markets.

Since these are only preliminary images of the industrial design, the car does not reveal any information about the interior or the engine. But the new Vios for Vietnamese customers will most likely have the same cabin design as the versions in neighboring countries and maintain the same health as before.

Notably, this model is likely to keep the 2NR-FE 1.5L petrol engine similar to the Yaris and locally assembled as currently. Toyota Vios for many years topped the Vietnamese market; With a reasonable price for the new version, it is likely to continue in the future.

Finally, the exclusively registered styling image is a familiar sedan that is said to be the new version of the Toyota Camry because there are quite a few similar exterior features.

The most remarkable point of the new Camry (predicted) is that the car has 2 designs with many differences. This could be the exterior design of the two new versions of the Camry which are said to have been introduced in markets such as North America more than a year ago.

The main difference between these two sedans is in the layout of the grille and front bumper. Accordingly, the regular version comes with a regular sunroof and the premium version has a panoramic window, which is considered to be two upgraded versions compared to the current Camry. In addition, other details in the body and tail are also arranged similar to the current high-end version with integrated rear spoiler for more sporty and aerodynamics.

Although the interior has not been revealed, the new Toyota Camry is also expected to have some upgrades in the cockpit, with updated utilities and most notably the famous Toyota Safety Sense safety system.

In terms of horsepower, because this is an updated mid-life version (a new generation just launched in 2019), it is likely that this model still owns the 2.0L and 2.5L engine system options with the box. 6-speed automatic. However, it is not clear whether the new model will be assembled in Vietnam or imported from Thailand as at present.

Despite many conflicting opinions, Toyota Camry for many years has maintained the “champion” position in sales in the mid-size sedan segment; So perhaps the Japanese manufacturer is not too eager to bring an update to Vietnam in the coming months, depending on inventory and consumer consumption.